The theme of Main Street U.S.A. in Walt Disney Worlds Magic Kingdom could possibly summed up in one word "Americana", there are many Red, White and Blue touches, for much of the year there is Red white and blue bunting in many places including at the train station (though nowadays it is replaced in the Fall with Autumnal colors). The folks who perform the Trolley show seem to have these as the dominant colors in their wardrobes as well, and all along Main Street U.S.A. (though around Christmas much of that blue seems to be replaced by red for a red and green Holiday feel). 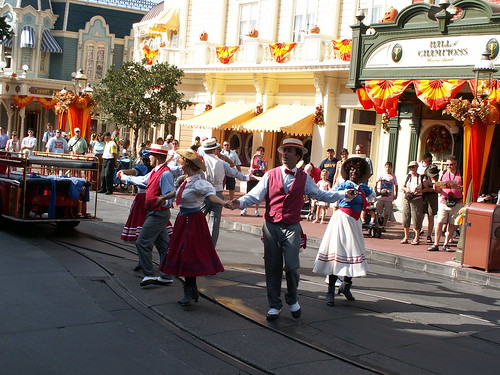 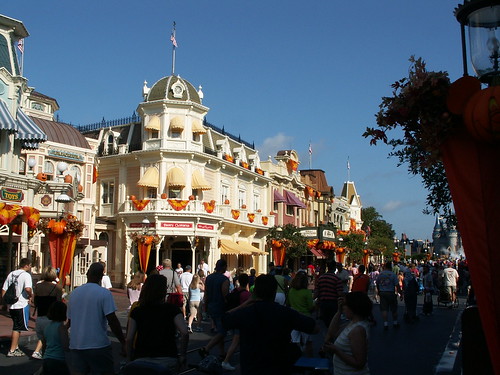 Those flags along the building tops presented a bit of a challenge though, after all the American Flag as a symbol of our nation demands special treatment, and rightly so, typically an American flag is supposed to be taken down and carefully stored each day, or it must be lit at night, taking them down each day would not take all that long, but I doubt these places are built with easy access in mind, also since the upper floors of the Main Street buildings have a scale that diminishes with each floor so sending someone up there would break the illusion of that scale, similarly, lighting these flags at night would possibly pull you out of that Illusion of being on a street of the 1890s. Still the imagineers came up with a simple and ingenious solution, one that sort of fits into the theme in a way, they simply use flags with LESS than 50 stars, this works on a couple of levels, after all, at the turn of the 20th century (from the 19th) the USA did not yet have 50 states, also in dealing with flags of less than 50 stars these are not technically referred to as flags but rather pennants, and do not hold the same status as an official US flag, they don't need to be lit at night or taken down every day. 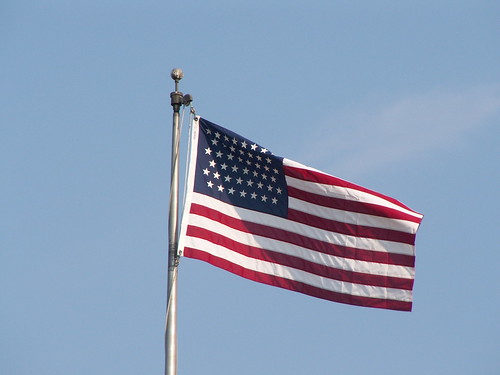 Above and below : on a typical American flag there are 5 rows of 6 stars each with 4 rows of 5 stars each between those rows, whereas you can see these 45 star flags there are 3 rows of 8 stars alternating with 3 rows of 7 stars. 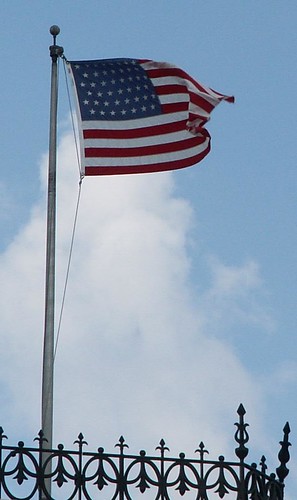 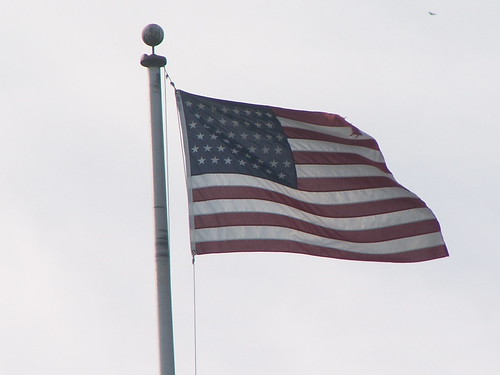 That said one of the reasons I noticed this detail is that I have had lots of time to take zoom photos of those flags while I was standing near Town Square waiting for the daily flag retreat ceremony, where they take down the true 50 star flag that flies at the center of Town Square each day, they do this with a grand ceremony that often includes the Main Street Philharmonic Marching band, The Dapper Dans, a guest who is usually a retired member of the United States military, and many of the Main Street Cast Members, so they do really go all out in taking care of their true 50 star flag. 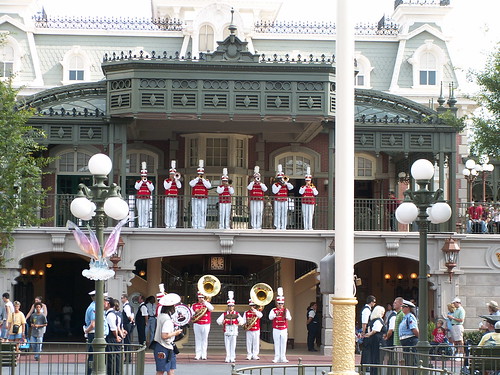 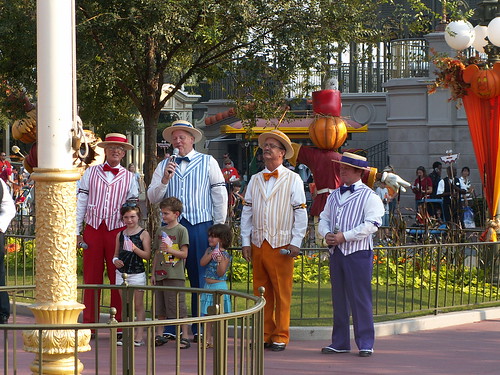