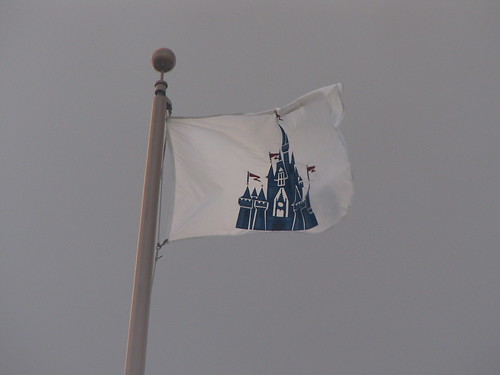 In addition to the American flags I mentioned yesterday there are other flags as well, in fact over the City Hall building (which serves as the Guest relations department of the Magic Kingdom) flys a flag which seems to best represent this park. 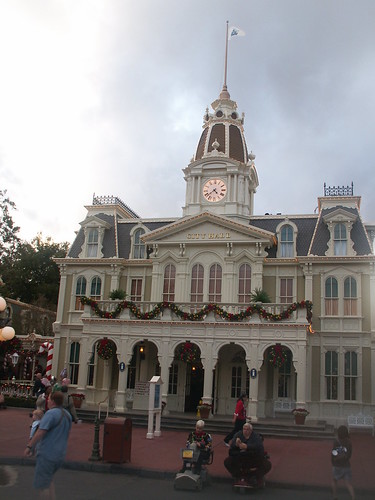 Also over near the train station there are a couple of flags that fly atop the Main Street buildings nearest either end of the station that are also icons of the Walt Disney World company, being at the entrance to the park and being that the Magic Kingdom is generally most folks first exposure to Walt Disney World these too seem quite appropriate, as these can be seen from the entrance turnstiles of the park. 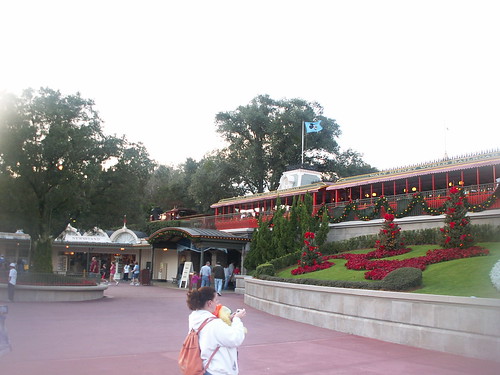 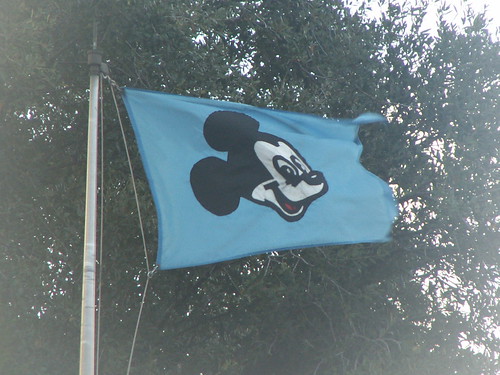 Below: I see that I didn't take a photo of this flags context the way I did with the others above, but it too is near the train station and you can see it from the turnstiles, the flag was actually turned the "wrong" way when I took this so I "flipped" it (if you want to see the original orientation just scroll down a bit further. 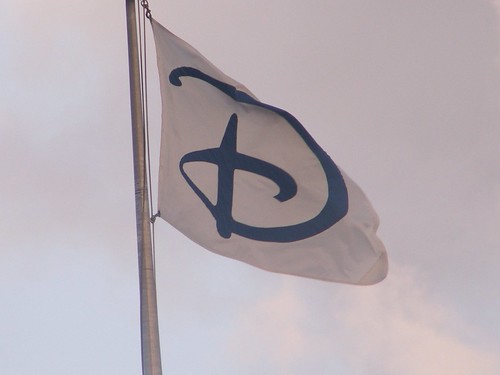 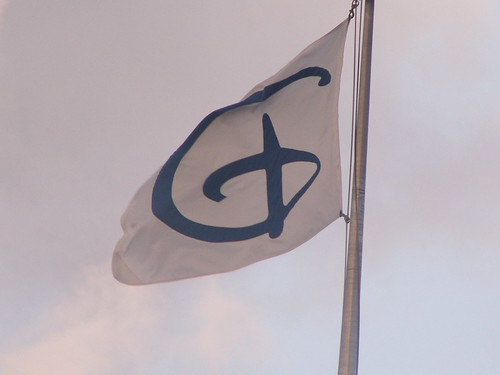