There was some aversion to restrooms that may become busy on the show, but being a person who;

some of the restrooms I will choose are ones that may get busy at certain times, I'm just not as likely to be there at those times.
Pecos Bill's is a high volume WDW counter service restaurant, but I would imagine I probably took these photos early in the morning before the restaurant portion opened for the day. Whereas with the TTC restrooms of the previous post those would be more likely to be mid day some time after the initial rush to the Magic Kingdom had subsided. 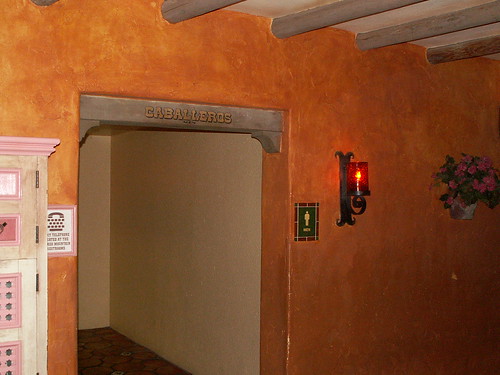 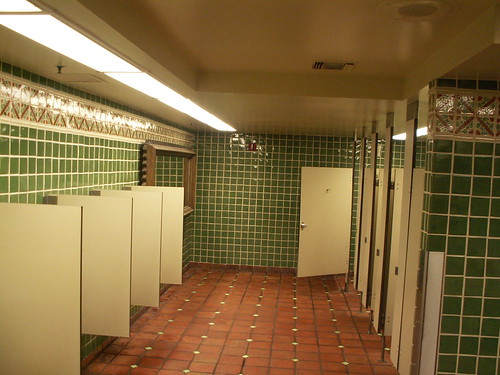 While this restroom has bright colors (though if you don't like this shade of green you may feel like you've walked INTO a giant Avocado peel that was turned inside out), it has nice tile work, it has that cool chunky frame around the mirror that looks like something right of of a colonial spanish building, this is one restroom that most folks might not think of when they think of a well themed Disney restroom, so in addition the the theme fitting elements that it does have i'll have to admit one other possible thing that may affect how well I like a WDW restroom and that factor is the fact that i am more  likely to be fond of a WDW restroom that I have managed to get good photos of, and this choice may be in part due to that bias. 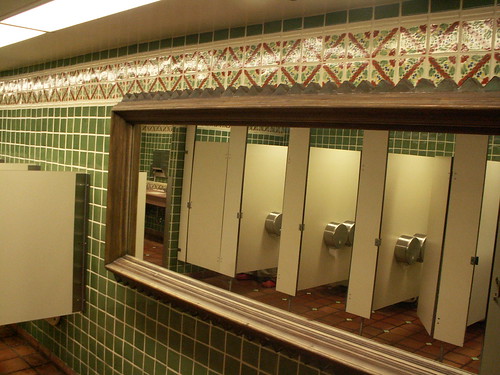 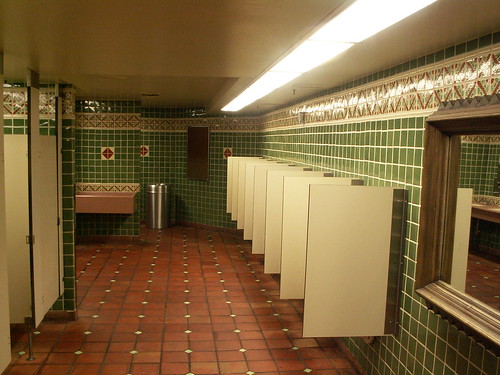 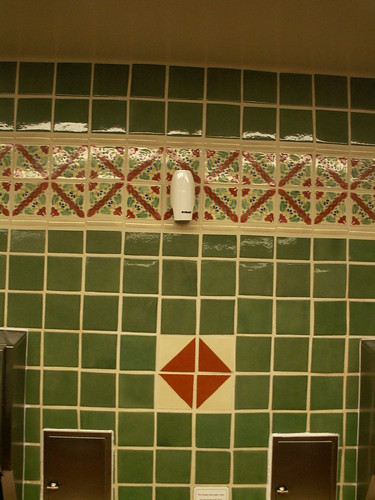 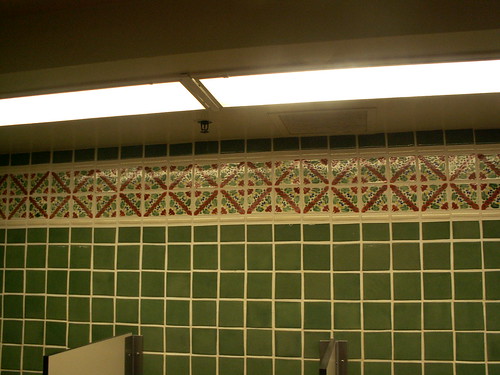 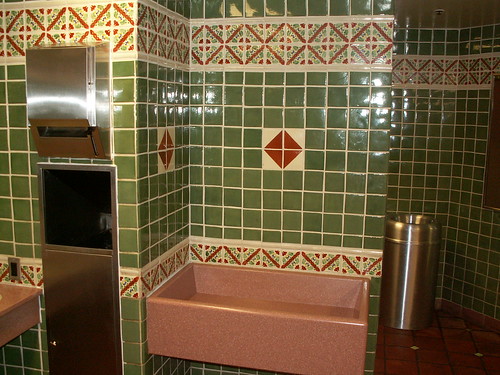 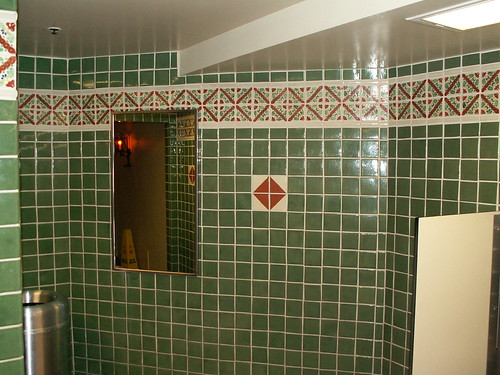 Note the small trashcan here, I suppose it takes up less floor space rather than using one of the larger cans seen around the park, but the fact that they CAN use this small of a waste bin in such a high volume location shows how often it must be maintained. 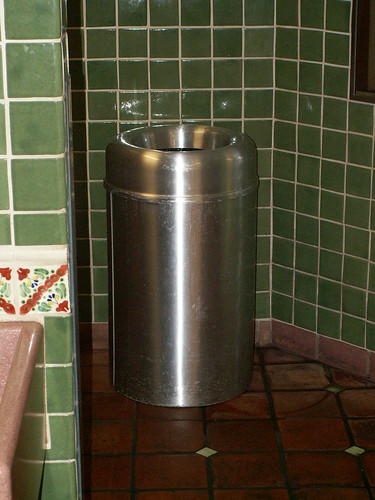 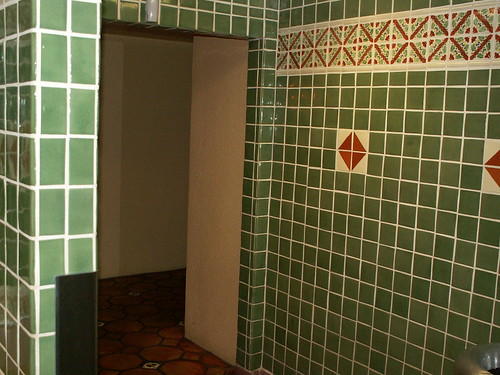