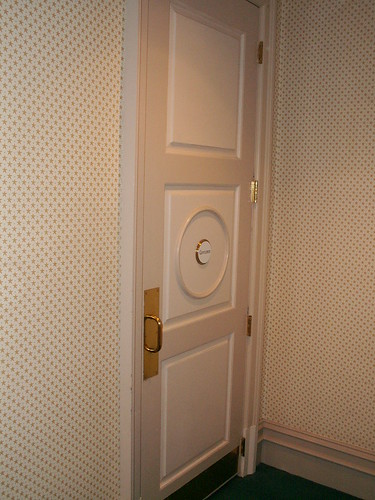 This is one I'm a little surprised no one at WDWNT had on their list as in addition to visiting this restoom at Mousefest 2008 I also was in this space for WDWNT:The Weekend back in 2010, I know a few folks had at least one restroom on their list at one of the Deluxe or DVC resorts where the restrooms have cloth hand towels, not for those who are my age we may remember a different kind of cloth hand towels, the one switched out by a laundry service and the towels were dispensed from a roll that fed out of the bottom of a dispenser box mounted on the wall and the used end disappeared back into the dispenser where once the roll was used up the roll would have to be switched out, but that's not what I'm talking about here, I'm talking about a basket of hand towels like the ones pictured below: 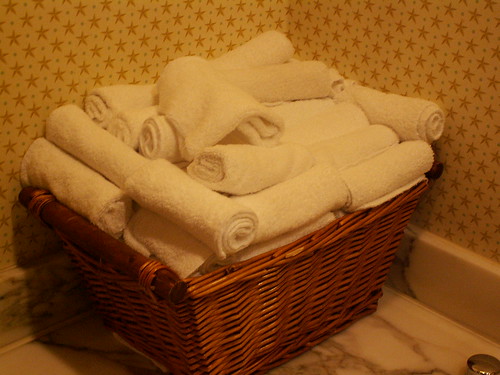 and this is a nice difference that gives a plussing to how I perceive the quality of these restrooms, there are also hand towels in the restrooms of the main part of the yacht club too but the decor there seemed dated in a different way than the decor here did, I'm not saying that this restroom did not seem like it could have fit right in in a different decade, but I would mean that in a more positive way about this one, the decor in this restroom also seems to lean towards style that is patriotic and that may make it a bit more timeless also. just look at the Eagle that is atop the frame of the mirror and the stars on the wallpaper below and judge for yourself: 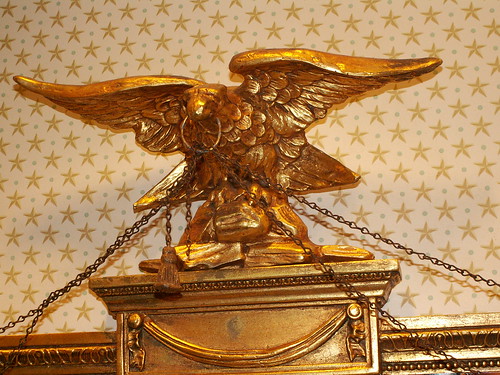 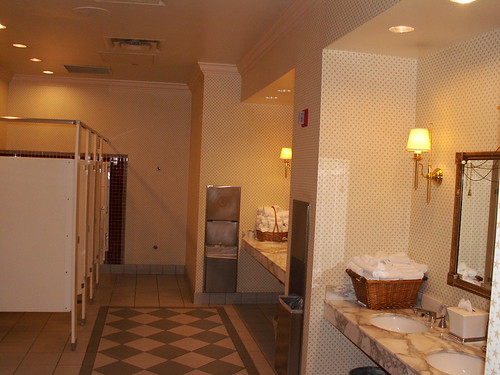 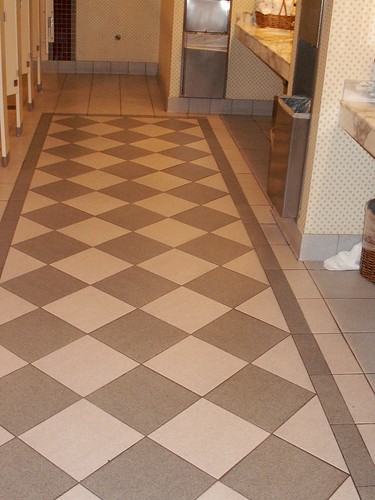 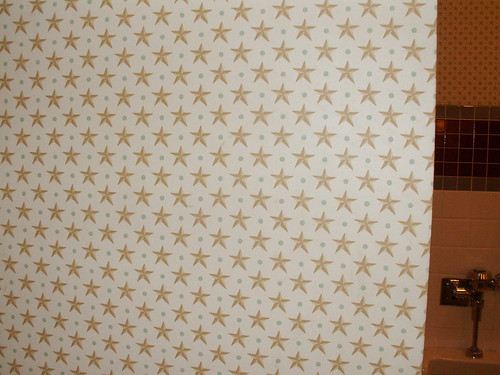 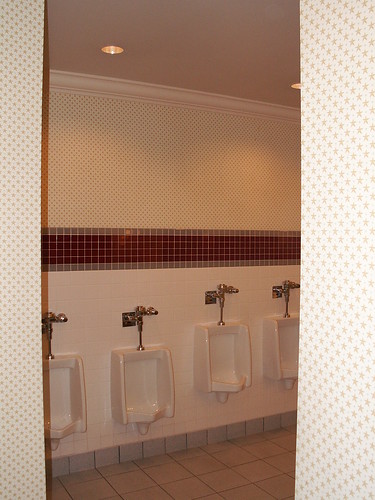 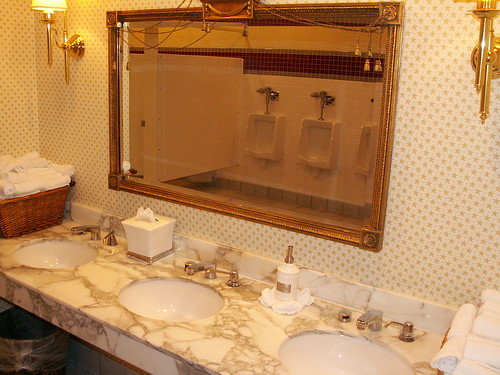 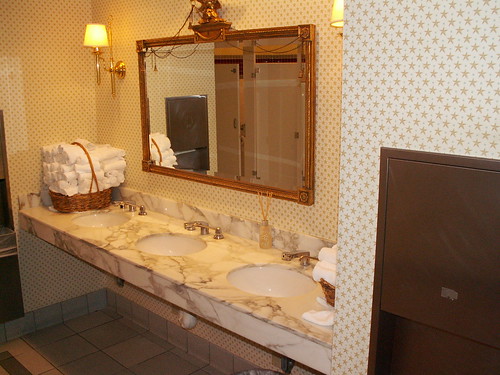 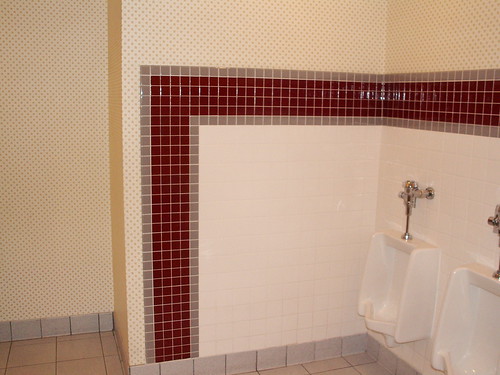 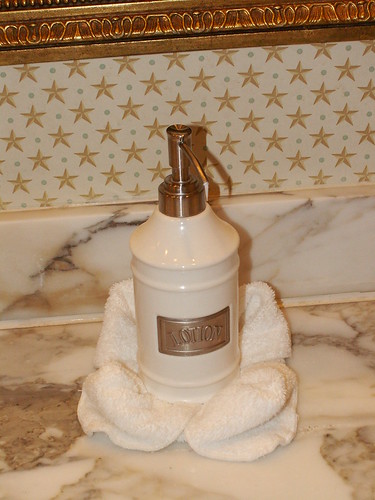 That's numer 6, more to come!
Tags: totvkotw, wdwnt
Subscribe
Comments for this post were disabled by the author