I mentioned earlier that colorful tile patterns are one of the things I like in restrooms of WDW, but I realize now, as we go higher up the list, that interesting details, and unusual textures, that are just way different from a standard bathroom are another thing that I like, and there is no better place for making a good first impression for a restroom than by having an interesting door, unfortunately my photo of this one is blurry: 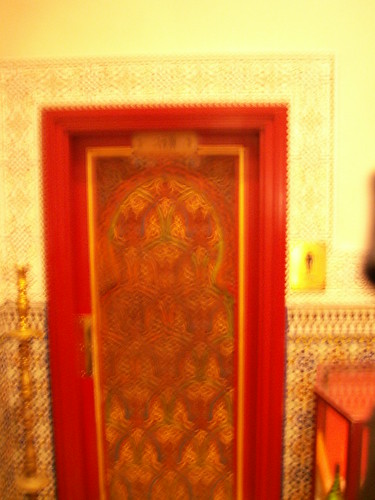 Lucky for me the interesting details don't stop at the door, for instance this light fixture is inside: 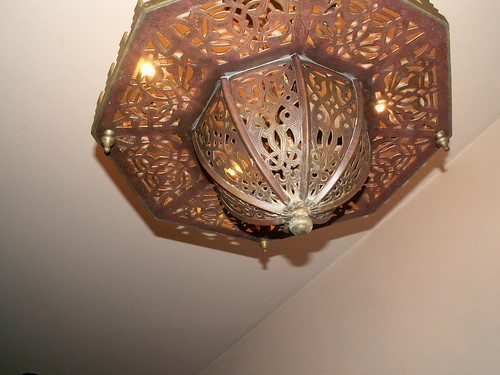 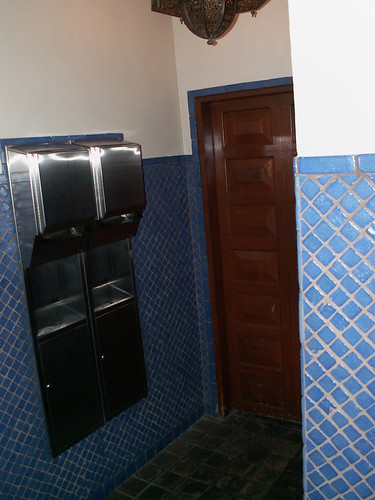 The door that you see here is almost certainly the supply closet for the cast members that maintain this restroom, and you can see the placement of the light fixture. This is one of the smaller restrooms on my list and it can be a challenge to get an angle that shows the layout well, but let's see how I did.
so here's the entry doors inside, and that supply closet door again: 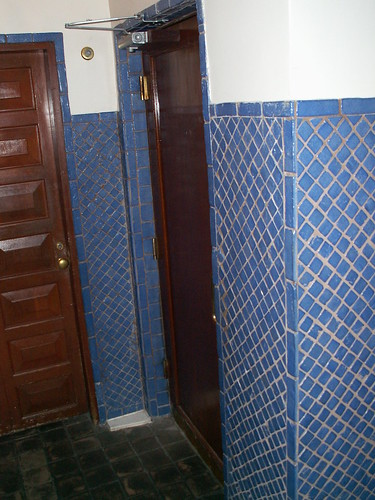 Note that in this view of the sink you can see that same supply closet door in the mirror. 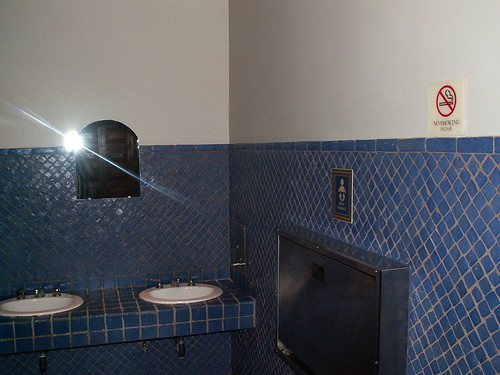 This restroom is small enough that they went with the fold up version of the Baby Changing station: 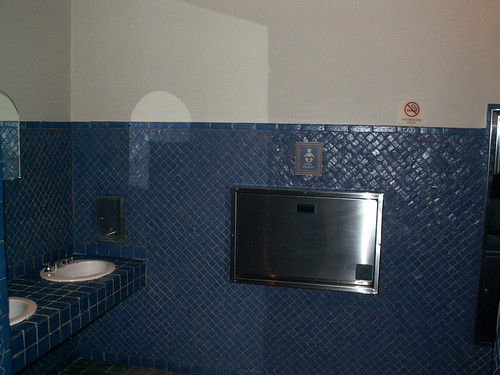 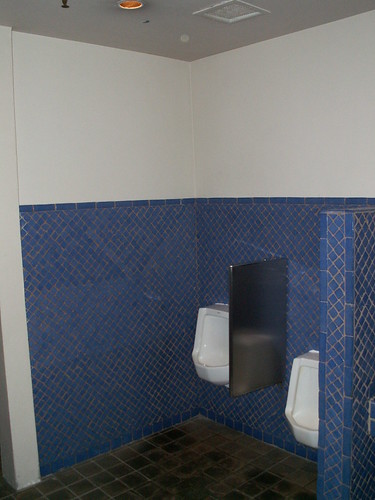 and it looks like the only stall in here is a accessibility stall with its own sink as well. 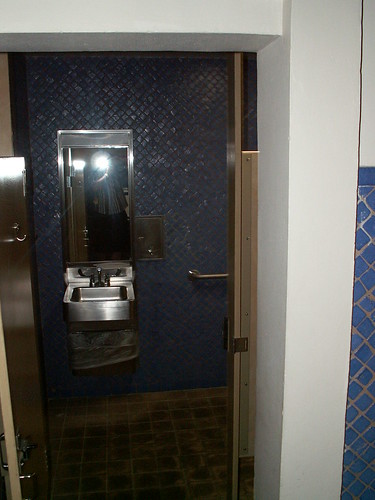 and that's it for number 5, more to come.
Tags: totvkotw, wdwnt
Subscribe
Comments for this post were disabled by the author