So far on my list I have had very little overlap with the top 10 lists shared on episode 228 of WDW News today one example of a contributing factor to this is that the three new restrooms in Fantasyland (circus, Belles, tangled) made many of the teams lists. In my list I have not used any restrooms that I have not visited, but there are other reasons too, for instance my bias in favor of restrooms that I have photos of,  and the fact that I have not had to include factors like which restrooms are best for parents of small children. That said, the next restroom on my list made onto the lists of four of the seven hosts of the top 10 restrooms list so it is sure to have ranked quite well, this restroom is found at The Hollywood Brown Derby restaurant in Disney's Hollywood studios. 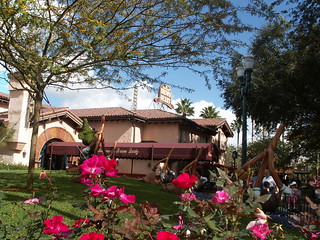 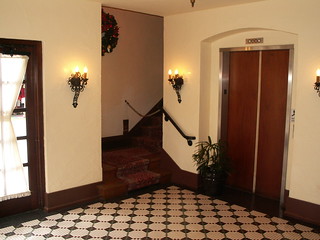 As you open the door you see an entry vestibule with a baby change station at the end: 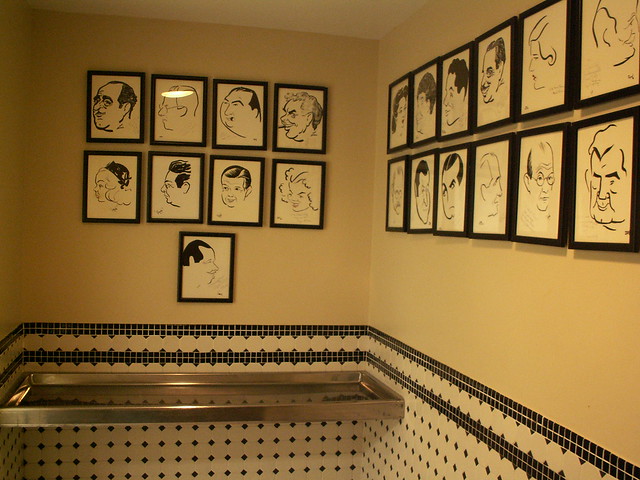 Now in this shot you can see the archway at the far end of the room and, after you come in the door, that archway is where you would enter this restroom from, here's the entry door from the inside: 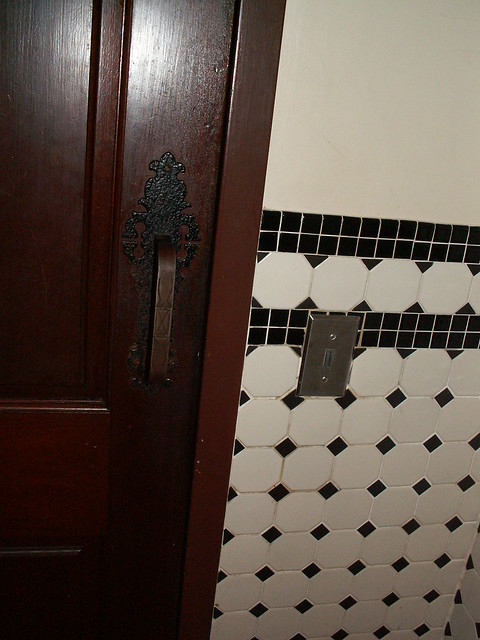 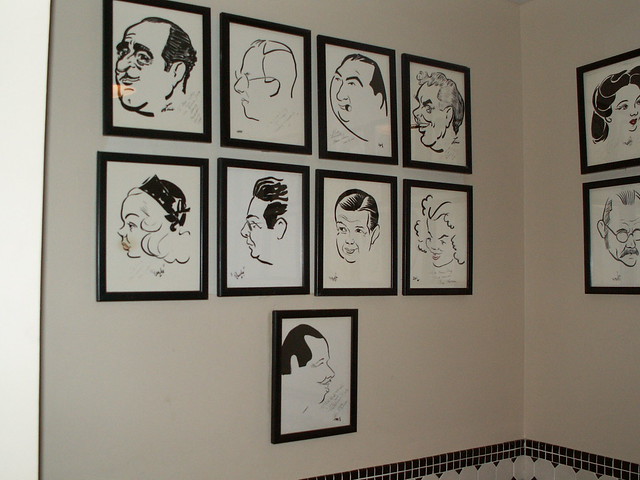 Some explanation here for those not familiar with this restaurant The Hollywood Brown Derby Restaurant, at disney's Hollywood Studios in walt Disney World Florida, is styled after a famous real world restaurant in hollywood California, that restaurant is famous for it's caricatures of Hollywood celebrities here's a quote from the California restaurants web site " night shortly after The Hollywood Brown Derby opened in 1929, a young artist offered to sketch caricatures of
diners in exchange for a bowl of hot soup and a cup of coffee. His full name was too long and complicated so the
last syllable, "Vitch" became recognized as the name of one of the world's finest caricaturists (his economy of line and
sharpness of perception caught a personality in just a few brush strokes). Sketches began covering the dining room
walls and celebrities used all sorts of strategems to be included in the "Wall of Fame" collection at The Brown Derby.
The prestigious collection of caricatures was continued with a succession of other noted artists," So that is the reason for the artwork that covers so much of the walls in this restaurant. 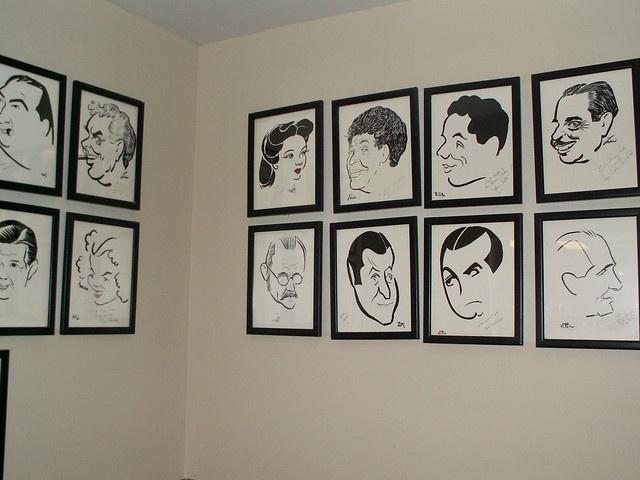 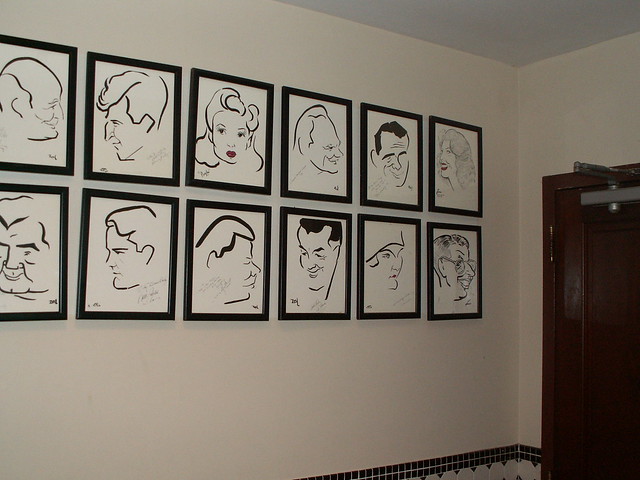 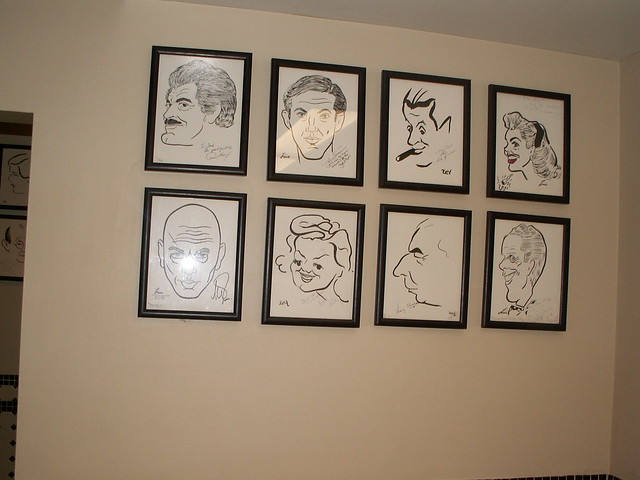 but the details in here go beyond the artwork it looks like it really was built in the 1930's rather than 1989, from the style of the tiles, to the sinks and even the chrome pipes that show here and there: 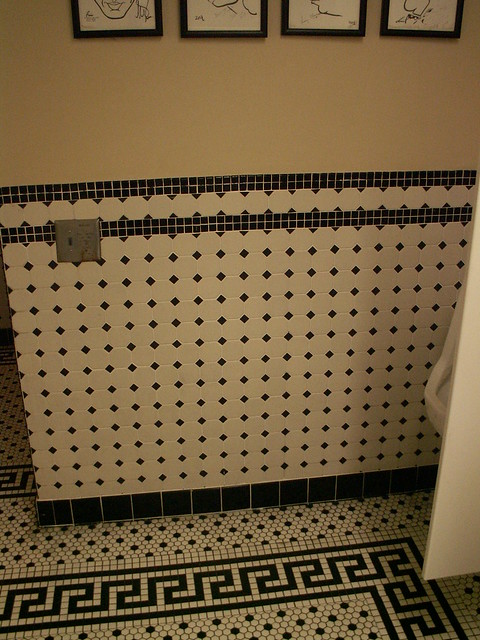 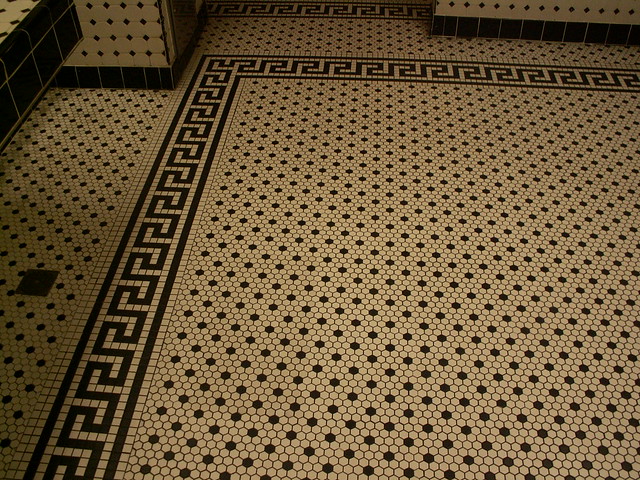 Now here's a photo that takes us back to that entryway looking in from near the baby change station in that entry vestibule. 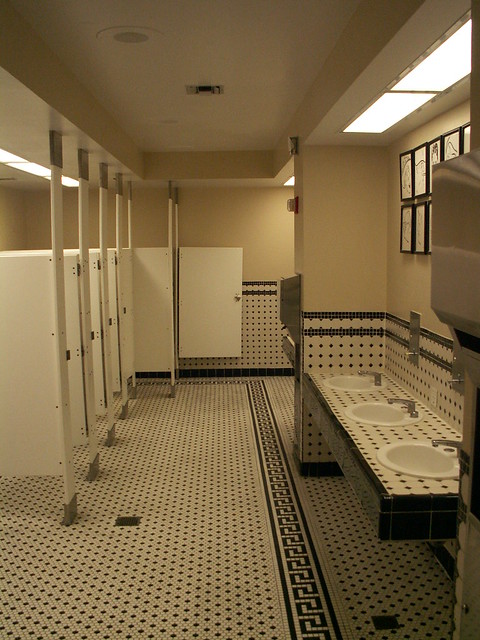 The end stall while longer than the others does not have the built in sink that some newer restrooms have but if you look in the previous photos you will see that there is a "roll under" sink not far from the others. also note that by putting the flushing handle on the wall they have avoided the more "modern" look of todays restroom equipment dominating the restroom, I mean the toilet itself is not "period" to the 1930's but by not having that large valve box showing the tile becomes a much more dominant feature than the toilet itself. 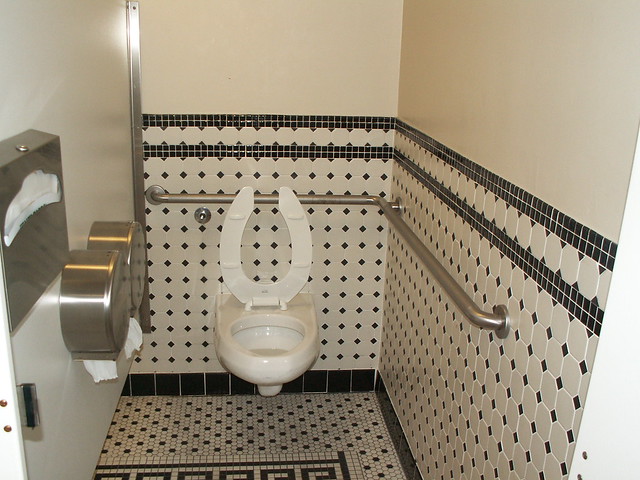 even the urinals follow this "hide the modernity by putting the works behind the wall" strategy: 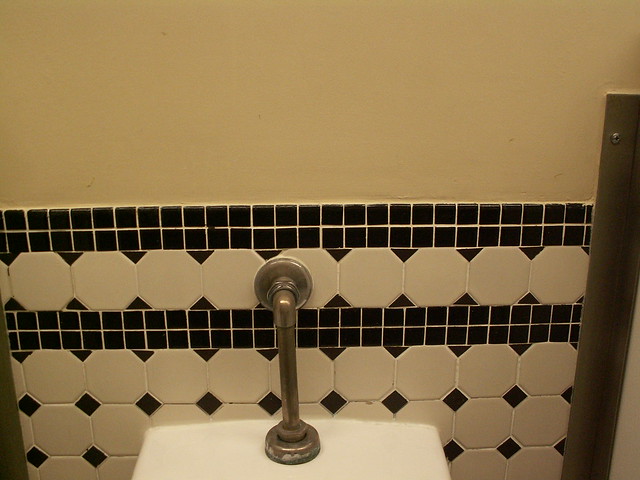 That's my number 3 WDW restroom, more to come!
Tags: totvkotw, wdwnt
Subscribe
Comments for this post were disabled by the author