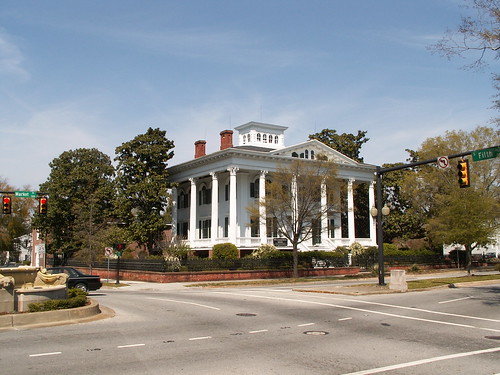 Being a long-time Disney parks fan I tend to quite often see things that remind me in one way or another of Walt Disney World and Disneyland. Last year I joined my wife when she had to go to Carolina Beach near Wilmington NC for a class (for a professional accreditation). Since she brought her laptop (but did not need it for the class) I took advantage of the downtime to spend a good bit of time in the room just hanging out and putting tags on my photos in my Flickr account my wife seemed surprised that I was spending so much time in the room, but I really enjoyed it. Still, at some point I flipped through a book they had in the room that showed a lot of the local sights in it and as I flipped though one photo in particular caught my eye as reminding me of something very familiar to me from my youth in California, I looked at the photo more closely and thought to myself, "self, that building looks one heck of a lot like the Haunted Mansion in Disneyland". So I decided to go take a look at it, I headed to downtown Wilmington and drove around until I found Market street and located it.

Here's a View on the approach, I do wish I had turned the camera the other way as the spire of the church in front of the Mansion was quite tall and striking. 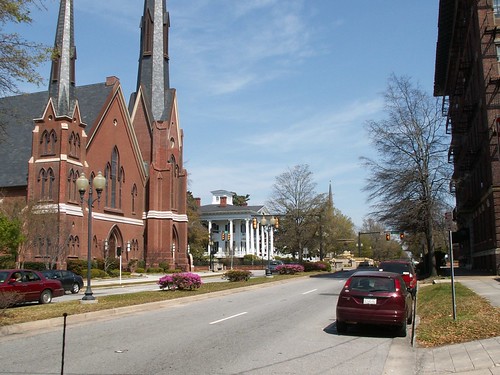 This Church and Mansion set on an intersection where the center lanes get very narrow because of a large Fountain set tin the center of it: 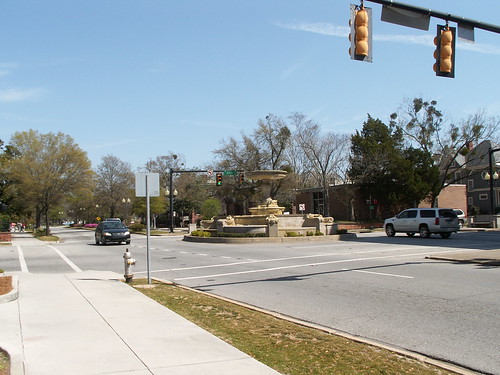 As I began to near the structure I did begin to see that the Mansion in CA does bear quite a resemblance to this one: 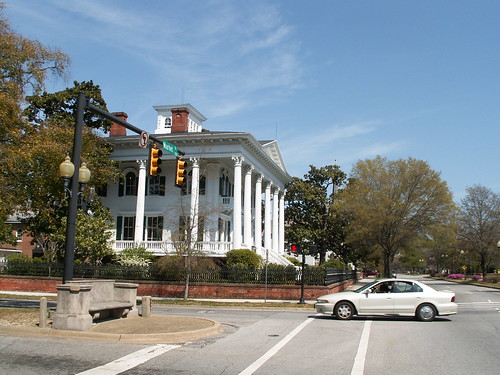 Now that said, yes of course there are also differences, and many of the similarities can be chalked up to the fact that there was a certain look of an iconic Southern Mansion that they were going for at Disneyland and undoubtedly there are other Mansions in the south that match some of these same details, that said I have not been near any other structure that seems to match in so many ways, not only the structure itself but also the surrounding fence, being a combination of black wrought iron and brick also evokes that same look, heck even having a nearby fountain is echoed in Disneyland, this whole setting more closely resembles that setting than any other I have been in. This mansions name is the Bellamy Mansion (and when you think of how many of those big old Southern buildings are more likely to be referred to by their surrounding property like the nearby Latta plantation in Charlotte, or the famous Magnolia plantation near Charleston SC, referring to it AS a mansion is just one more matching detail,
it's not surprising in a historic building in an urban area, where there would not have been room for a plantation, but still that name is one more echo. 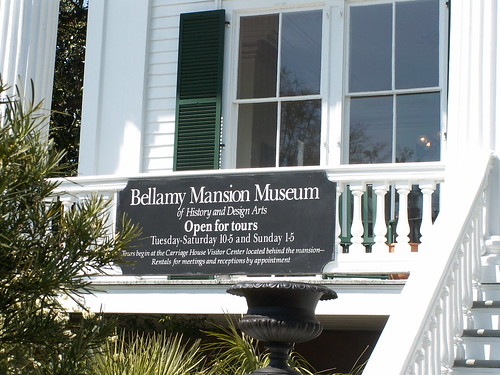 I didn't take the tour (had to get back to pick up the wife from her class), but if I ever head back to Wilmington, it will now be high on my list of things I want to visit. The Mansion sets at the corner of Market Street and Fifth Street at Keenan Plaza (the name for the structure in the center of the intersection) 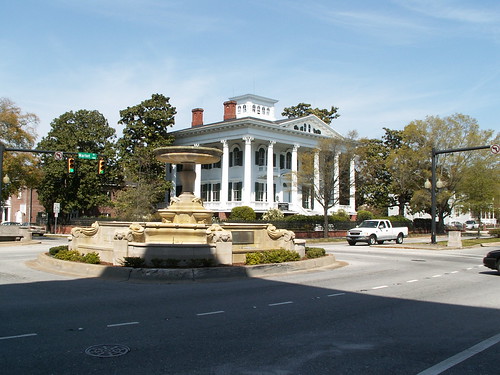 I did get a photo of that steeple as I left, but not with the mansion in the same shot: 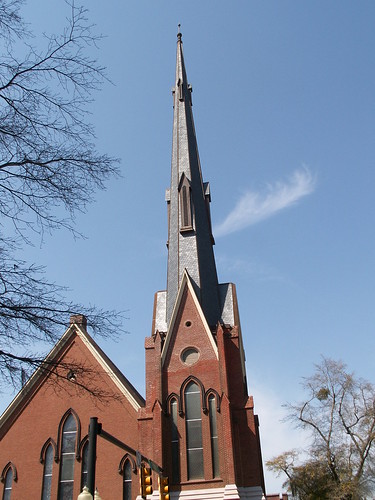 Tomorrow a more modest post (only one photo) of a structure that reminds me of one from Epcot.
Collapse