Last week I got the opportunity to visit with some other NC Disney Fans when we went to see WALL*E in High Point NC. I liked it enough that when my mom and sister came to visit me this weekend (that of the July 4 holiday) I went to see it again with them (and my wife too this time), my wife says her favorite animated films are still Nemo and Shreck, but I really liked WALL*E, probably partly due to the fact that I have always liked sci-fi. Still the meeting last weekend was as much about the getting to talk with other Disney fans, so I was very pleased that we mostly were all able to go eat together after the movie (Though Nick had to leave) at Hams across the parking lot from the theatre. 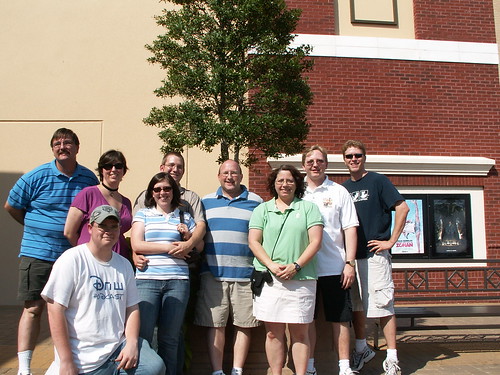 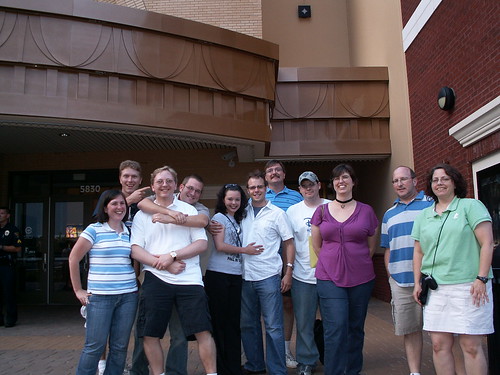 left to Right: Alene (Ryans wife), Andrew (the "other" imaginerd" pointing to George), George, Ryan of the Main street Gazette, these next to are in the "If I recall corectly" category as I was at the opposite end of the table from them at the meal and diddn't get to talk to them much Abby and Coffee Jedi, ME, Nick Mc Lamb (who I know from the WDW news today skype group, but he apparently has another podcast he's associated with too), Elizabeth,  Jeff (of the 2719 Hyperion blog), and fellow RADPer "bookbabe" Jenn .