my apologies to MOR THIAM

Recently I was going back through my vacation photos from last year and adding tags to them, when I got to this picture I thought that perhaps that it must have
been the regular drummers day off on this visit, because in the later photos I
have taken, and looking around on Flickr at photos other have taken tagged with Mor Thaim it is a different gentleman, but following the link on Steve Soares site to the artist Mor Thiams personal link

and I see that THIS is Mor Thiam, NOT the other fellow. this is a little embarrassing for me as I had featured audio of the sets with the other gentleman who fills in when Mor Thiam isn't there on my podcast, and I think my narration may have suggested that he was Mor Thiam, I figured at that point the name was a character in a role. Since, as far as I know, none of the musicians at WDW work seven days a week 365 days a year I would not expect to see a persons name on a permanent sign for a musical act, but his is, still it was my assumtion not anything specific that made me think that that other gentleman was Mor Thiam. I know that in the future I'll make it a point to try to record a set of the actual Mor Thiam and explain this mistake on my podcast. As to why I had seen the other drummer more often if may have just been a fluke of timing or perhaps Mor Thiam performs less often because he is in demand in other capacities as it seems he is quite revered as an African Drummer and a teacher of drummers

At that point I went back and cropped in to this photo as it is probably the best photo I have of him. 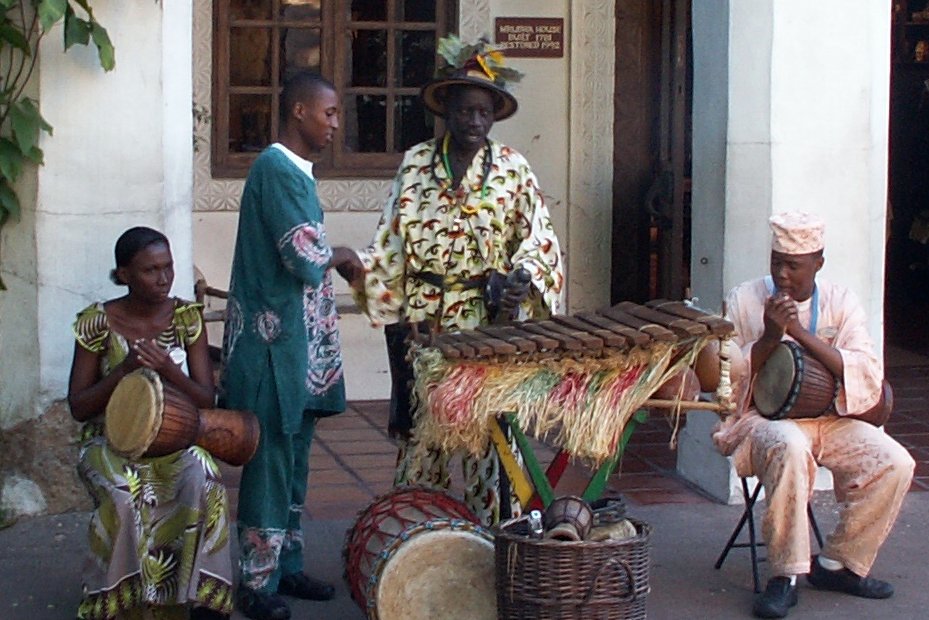 In the photo above Mor Thiam is the gentleman in the colorful print, who is standing up and also wearing a hat.

the photo below is the gentleman who was leading the group when I recorded them and I had mistakenly assumed he was Mor Thiam. 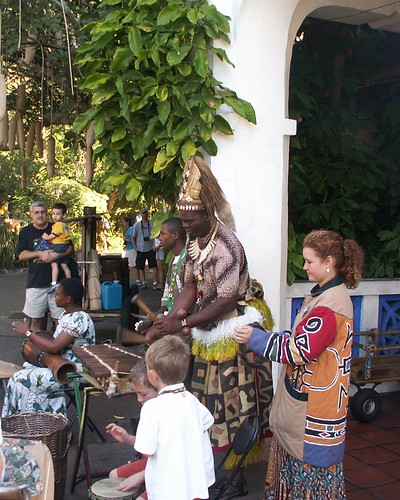 I still have my flickr photos of him labeled with safari people band, though that search also brings up some results other than Animal Kingdom, so here's a search for the terms Harambe, Disney, and band.


I also saw on someone elses flickr account a photo of this fellow who fills in when Mor Thiam is off performing with the Tam Tams of Congo, since I haven't asked that users permission I won't post the photo here, but I think a link to it would be fair for those of you who wish to see it: